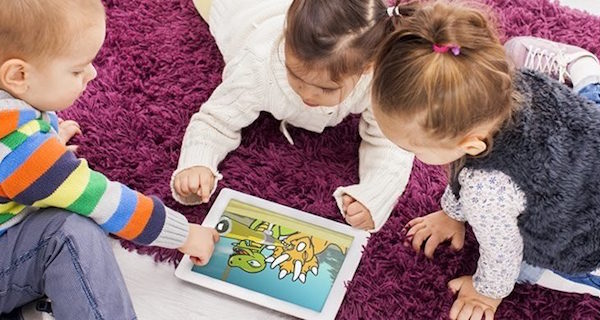 Babies are usually expected to talk (utter 40-80 words) around the age of 1.5. Some parents might panic if their 18 months don’t say even one word. The reality is, if a baby doesn’t talk at this stage, that does not mean there’s a problem with the baby as some babies just develop their speech skills little later than other babies. Late talking babies grow up to be just normal people. However, there is a small possibility that the baby might have Apraxia, a treatable condition, which can affect babies’ cognitive and social development. It is reported that 5-10% of children have Apraxia that can be detected as early as 18 months.

Some doctors might recommend bilingual parents use only one language if the child is a late talker or has Apraxia syndrome. However, the fact is:

#1 Up to date, no scientific study found evidence that using multiple languages to toddlers delays their speech development.

#2 It might be the case that the child might already have a tendency to develop Apraxia regardless of the environment.

In this case, limiting the household language would not change anything but can be detrimental because this would limit interaction and socialization opportunities for the child which would worsen the case.
Long story short, using more than one language to toddlers neither makes them late talkers nor delays their speech development. Read here to find out the advantages of raising a bilingual child.

For your info, here are the signs of Apraxia (From Jacobs, C. R.)

“• The child usually is an intentional communicator but uses grunts, gestures and other
non-verbal forms of communication.
• Late onset of first words.
• Little or no babbling as an infant.
• Difficulty imitating sounds/words.
• Very few consonant sounds.
• Possibly limited vowel sounds as well.
• Shows signs of frustration with the inability to communicate.

If the child has developed some speech, significant symptoms may include:
• Leaving out sounds or substituting incorrect sounds in words
• Often inconsistent or unpredictable speech errors
• Severely unclear speech or speech attempts
• May show groping with their mouth when attempting to speak
• Makes slow or no progress with traditional speech therapy
• Even family members may have difficulty understanding the child’s speech”