Which language teaching method is the best? 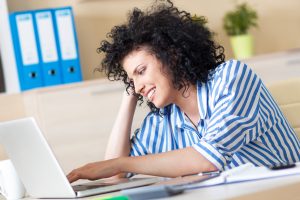 Up to date, a number of academic studies have investigated the relationship between applied linguistics and language pedagogy. While –among the two most popular techniques–grammar-translation has been regarded as outdated, immersion only programs are also the target of some harsh criticisms. At Dino Lingo, we reviewed both of the methods and summarized the pros and cons of each method, as listed in the following table.

Target Language Only Instruction
What matters is the duration of exposure to the target language. Immersion provides the maximum amount of exposure in different contexts. (Genesee, 1987; Wode, 2001)
Many studies have indicated immersion is the best method for children to acquire a foreign language.
(Wode, 2001, ELIAS Studies)
Young children can learn by just hearing without any effort (Kuhl, 2004), they don`t need to be instructed in their primary language.

Instruction in Learner’s language
What matters is motivation and understanding. If children don`t understand the instructions and if they have positive attitudes toward their first language, their motivation will decrease causing loss of interest in the target language. (Tang, 1984; Auerbach, 1993)
Meta-analyses have shown that using at least some level of native language is better than target language only education (Greene, 1998; Rolstad et al., 2005)

Older infants accept toys from the people who speak their primary language and preschoolers tend to make friends with the native speakers of their own language (Kinzler et al., 2007; Mehler and Crisophe, 1994).

From the scientific point of view, it might just be impossible to come up with a universally accepted language teaching method because of the individual, cultural and contextual factors in addition to the difficulty of measuring effectiveness (e.g. semantic, phonological, pragmatic, grammatical or vocabulary improvement (Collier, 1989)). However, for babies and small children, it is recommended that immersion is the best method since small children do not have any concept of “primary language” in their brain. Additionally, the studies that were conducted by using mixed methods had adult subjects while the immersion studies involved very young subjects including infants, toddlers, and kindergarteners.

Tang, B. T. (1974). A psycholinguistic study of the relationships between children’s ethnic-linguistic attitudes and the effectiveness of methods used in second-language reading instruction. TESOL Quarterly, 8, 233-252.
Auerbach, E. R. (1993). Reexamining English only in the ESL classroom. TESOL Quarterly, 27, 9–32.