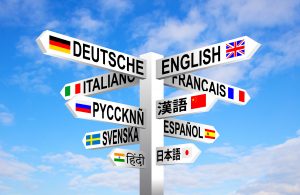 Some people claim that French is the language of romance and diplomacy.
French is the official language of more than a dozen countries in Africa, Europe, and North America.
International Red Cross uses French as the official language.
French is one of the 6 languages of communication in the UN.
Victor Hugo’s Les Miserable contains one of the longest sentences in the French language 823 words without a period.
French words like ambulance, crayon, camouflage and merci have been used in other languages as well.