Jewish Origins of the culture 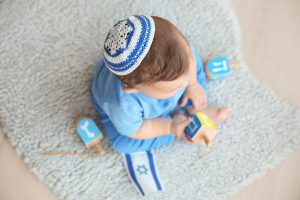 According to the Jewish sacred writings which became the Hebrew Bible, Jews are descended from the ancient people of Israel who settled in the land of Canaan.  Canaan was located between the eastern coast of the Mediterranean Sea and the Jordan River (1451 BCE).  The Jews left Canaan during a severe famine and settled in Northern Egypt. There, they were made to be slaves for 400 years. Then the Jews were freed by Moses and sent home.  This was the formation of Israel as a political nation in Canaan in 1400 B.C.

The Babylonian army conquered this land and then various leaders (the Persians and the Greeks ruled over the Jewish people).  Alexander the Great of Macedon ruled the country next, followed by the Romans.  Many of the Jews were sold into slavery. The Greeks ruled afterward and the Jewish people were forced to believe in Christianity.  Some of them fled.

The Arab Islamic Empire conquered Jerusalem and later the Crusaders in 1099. From 1260-1516, the land of Israel became part of the Empire of the Mamluks who ruled from Turkey and then from Egypt.

Countries from around the world where Jewish people lived eventually granted equal rights to the Jewish people.  In 1947, Palestine (part of Israel) was divided into an Arab state, a Jewish state and the City of Jerusalem. The Jewish leadership accepted this idea but the Arabs did not.  This led to a war in 1948 known as the Arab-Israeli War.  In May of 1948, the Jewish state became the State of Israel and in 1949 the war ended.

Israel started building their state and thousands of Jews from all around the world came to live here.  Since then, there have been major conflicts and wars.  Today, Israel is a parliamentary democracy with a population of over 7.5 million people.  5.6 million of these people are Jewish.