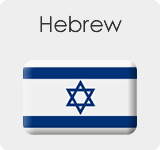 Jerusalem is a very religious and holy place, and is much known for being so for three reasons; Judaism, Christianity, and Islam. Jerusalem is a major, and the main tourist attraction of Israel, as people from all over the world will visit Jerusalem before anywhere else in Israel. Jerusalem is the city of the Bible, the capital of King David and the city where the First and Second Temples used to be, and Christians frequent Jerusalem to visit the sites of Jesus, to walk where he walked. Another huge reason besides religion that there is a high volume of visitors in Jerusalem is Yad Va-Shem Israel’s official memorial to the Jewish victims of the Holocaust. Many people frequent this site to pay respect to those who lost their lives during the troublesome time.

The Judean Dessert is the lowest region on earth and floats atop the Dead Sea, and is known as being the second saltiest lake in the world. There are many swimming holes and you can visit the Ein Gedi Oasis National Park to see animals and various wildlife.

The ancient city of Acre (Akko) is a large walled city on the coast of the bay of Haifa. It is the main natural port in the Galilee and Israel and has a long history of conquest and ruling empires. Acre was one of the main Crusaders’ fortifications and ports. Acre was once the important port in the Middle East, in the same league as Alexandria and Constantinople. The Middle Eastern campaign then collapsed and withdrew to France.