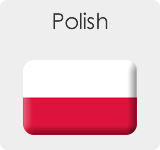 The symbol of Warsaw, Poland’s capital, is a mermaid.

The symbol of Poland is a white eagle, and throughout the country’s history, the eagle has sometimes been depicted wearing a crown or not wearing a crown, depending on the government and occupying nations of Poland. Currently, the eagle wears a crown.

Every hour, the trumpeter of Krakow plays the same melody from the top of a tower in the Krakow Square. However, he abruptly stops the tune in the middle of a note and never finishes. This symbolizes the original Trumpeter of Krakow, who, long ago, from the top of the tower, saw invaders coming and he played his trumpet to warn the citizens of the invasion and to tell them to flee the city. Many citizens heard him play and managed to escape, but as the invaders rode into town, one of them shot an arrow at the trumpeter and killed him while he was playing, interrupting his song. That’s why today the trumpeter never finishes the song either, as a tribute to the trumpeter who saved the people of the city.

Places to Visit in Poland

There are many famous places in Poland. Among them are the cities of Warsaw and Krakow, both of which have castles and Old Towns preserved the way they looked in the past.

Zakopane is a town in the Tatra Mountains in the south of Poland, and it is a small town right at the foot of very tall mountains, where much traditional culture is preserved. Not far from there, you can visit the Wieliczka salt mine, where you can take a tour of the underground caverns and see statues made out of salt. The Baltic Sea borders the north of Poland, where beachgoers visit the cities of Gdansk and Sopot every year.

The founding of Poland is a famous legend in the country. There were three brothers, Lech, Czech, and Rus, who all went hunting together. Each of them followed a different prey, and they each went in different directions. Rus went east and ended up founding Russia, Czech went west and founded Czechoslovakia, and Lech followed his arrow and found himself facing a huge, fierce, white eagle. He took the eagle as a sign and decided to found his country in that place, and it became Poland. He named his city Gniezno (and inPolish, gniazdo means “nest”, so the name of the city pays homage to the eagle), which still exists today, and he adopted the white eagle as the country’s coat of arms. The white eagle is still the symbol of Poland today.

Another famous legend surrounds the Dragon of Krakow, who terrorized the land. No one could get rid of him, and the king announced that whoever could kill the dragon would be allowed to marry his daughter, the princess. Knights and soldiers from all over the country came to try to defeat the dragon, but no one could. Finally, a poor peasant boy came and filled sheepskin with poisonous arsenic and set them up along the riverbank so the dragon would think they were real sheep. The dragon saw the sheep and ate them, but the arsenic made him so thirsty, that he drank all the water out of the Vistula River and exploded. The peasant was successful and married the princess, and they lived happily ever after!

The most important holidays in Poland are Christmas Eve and Easter. Christmas Eve celebrated December 24th, is called Wigilia, and it celebrates the birth of Jesus. Traditionally, Poles put up a Christmas tree and decorate it with ornaments, stars, candy, and oranges, and presents are placed underneath it. The biggest meal of Christmas is eaten during Wigilia, and it contains no meat, but usually many fish dishes including carp and herring. The Christmas celebrations typically begin at the sighting of the first star in the sky (and the sun sets early in Poland in the winter, so the first star is usually seen around 3 p.m.), and families get together to eat and open presents. December 25th and 26th are considered the “second day of Christmas” and “third day of Christmas” and are celebrated with family get-togethers and holiday meals (this time containing meat). In many cities and villages, there is also usually a Christmas procession where people walk through the streets with candles and end up in the church to celebrate Mass.

Easter celebrates the resurrection of Jesus and takes place on a Sunday in March or April. Easter is celebrated in Poland with the dying and painting of eggs (called pisanki) and an elaborate meal eaten with the family. A traditional cake called mazurek is made for Easter and is a flat cake filled with chocolate or a caramel-like filling called kajmak. Common symbols of Easter are eggs, rabbits, and flowers.

The day after Easter is a children’s holiday called śmingus-dingus, in which children pour water on each other, often after planning an elaborate ambush or hiding out to surprise their siblings or friends with the water.

Another traditional holiday is All Saints’ Day (Dzień Wszystkich Świętych) on November 1, which celebrates the dead and people visit the graves of loved ones, leaving candles and flowers. In the evening, graveyards in Poland are lit up with candlelight and are eerily beautiful.

DINOLINGO Traditional  Polish clothing is very colorful and decorative. In folk costumes, women wear long, colorful skirts with ribbons and printed with large flowers. They may wear white blouses and black or red vests (again embroidered with colorful flowers) and laced up across the front with red ribbon. They also wear necklaces made of red beads and wear their hair in long braids. They might also wear a wreath of flowers around their head. Girls will wear traditional leather or wooden shoes. Men’s folk dress is similar: they wear tight white pants and a white jacket embroidered with red, black, and colored flowers. They wear a white shirt and a red tie, and a flat-topped black-and-red hat.

But while these outfits used to be common, now they are only worn for traditional festivals. Everyday dress in Poland is similar to that all over Europe and the United States. Many people wear jeans, suits, modern dresses, and modern shoes. Warsaw is considered a fashionable European city, so some of the newest fashion trends can be found here.

Poland is known for its hearty food, which keeps people warm and full during the long Polish winters. One of Poland’s most famous foods is pierogi, which are large dumplings filled most often with potatoes, cheese, and onions, but they can also have meat or fruit inside. Gołąbki—which means “little pigeons” but is not made out of pigeons!—are large pieces of cabbage stuffed with ground meat and spices and cooked in tomato sauce. Soup is very popular in Poland, especially barszcz or borscht, made out of beets, or żurek, a sour soup with potatoes and vegetables. Potatoes and dark, thick bread are staples of Polish meals as well.

But Polish food is not all meat and potatoes: the desserts are very popular and can be found all over the country. It’s very common for people in Poland to get together for tea and cakes, where they may eat pączki, which are jam-filled cakes kind of like doughnuts, eclairs, apple cake, or other cream-filled cakes. In Poland, it is traditional to eat dinner in the afternoon, around 1 or 2 p.m., which is the biggest meal of the day. In the evening, around 7 or 8 p.m., Poles eat “supper” which is a smaller meal, usually consisting of sandwiches or salads.